What is processor and how does it work?

Do you know what is the Processor? Whenever we talk about a computer, the matter of Processor definitely comes in our mind. A computer is not possible without a processor. Yes, it is definitely right that if the efficiency of a processor is low, some of it is more. But having a processor is mandatory for all computers.
This processor has many names such as CPU, central processor and microprocessor CPU i.e. its full form is Central Processing Unit. Like this, it is the brain of a computer that keeps an eye on all the activities. He handles all these instructions that he gets from hardware and software.
After that, processes it and make the calculation. Then finally the result comes out. But do you know how this small thing alone processes so much information? So today we want to give some information to you people in this article What is Processor and how it works. Then what is the delay? Let’s start. 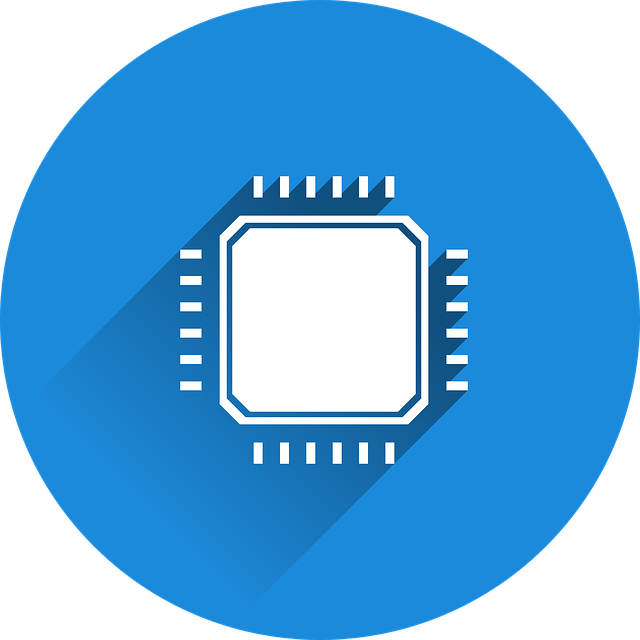 What is the Processor?

The processor is a very important part of the computer. This is because the news of all the activities happening inside the computer is near it, so it says that it controls all these things. It can process trillions of Calculation at once. By understanding the interpretation between software and hardware, it processes and gives us the output.

It is a square-shaped device in appearance, in which there are many metallic, short and rounded connectors to the CPU’s Socket itself. After running for a long time, it is slightly hot. That is why a heat sink and fan is put on it to release the heat. It is a very delicate thing, due to which it is put in the motherboard. They come in many types such as Intel’s Processor i3, i5, and i7.

also, read – How to do Mobile Balance Transfer?

Intel first single-Chip Microprocessor in the world in 1971. It was designed by Intel’s three Engineers Federico Faggin, Ted Hoff and Stan Mazo. This chip, named Intel 4004 Microprocessor, was designed in such a way that all the processing functions like CPU, Memory and Input and Output Control were placed in a single chip.

Gradually, new innovations took place over time, which led to a lot of changes in the design of the computer. Their capacity to work increased and their size decreased. Now, Intel is the leader of the world of Processor. They make it every variety according to the needs of the people. 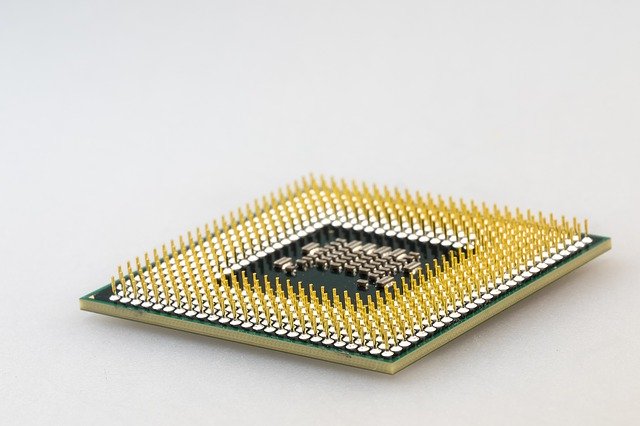 What does CPU do

The CPU basically has three basic functions, first, it takes information, second, it performs some operations on it and third it gives results after calculation. In any case, to do these three procedures it needs to utilize some key segments. ALU (Arithmetic and Logic Unit) subtraction and addition in binary. Along with this, they also do some logical operations like AND, NOT and OR, to help the CPU. Control Circuit directs data traffic from CPU to slower Input / Output devices, so that traffic can be exchanged. The Memory Management Unit monitors the flow of data to and from Memory.

In the last few years, many types of CPUs have been invented. As time went by, so did new CPUs as per the requirement. Earlier the number was used to identify the processor. For instance, the Intel 80486 (486) processor is a lot quicker than the 80386 one. Ever since Intel has released the Pentium Processor (technically these are 80586), it has been named Athlon, Duron, Pentium, and Celeron.

also, read – What is MotherBoard and how does it work?

Nowadays, along with their name, Architec The ture has also changed, with the use of a Processor with only two types of Architecture now, such as 32 Bit and 64 Bit. Due to this architecture, now the speed and capacities of the processor have also increased significantly. Processors such as AMD Opteron series and Intel Itanium, Xeon Series, are used in servers and high-end stations. And if we talk about small devices like Smart Phones and Tablets then they use ARM Processor. These processors are smaller in size than normal, they require less power and they produce very less heat.


What is the clock speed of the processor?

Check speeds are estimated in MHz, 1 MHz implies 1 million cycles for each second or GHz, 1 GHz implies 1 thousand million cycles for every second. In a general sense, then the higher CPU speed, the better your computer will perform. Computer speed also depends on other components such as RAM, hard drive, motherboard, and a number of processor cores (such as dual-core or quad-core).

This CPU speed shows what number of counts it can do in 1 second. The higher the speed, the more calculations it can perform, which will make your computer run even faster. Different brands of computer processors are available in the market, such as Intel and AMD, but they all follow the same CPU speed standard, so that it can be known which speed it runs.


What is Core in Processor?

Processors have different cores according to their capacity. A common processor has a single-core, ie it is a single cup. The Dual-Core processor consists of two circuits with two identical frequency. It can work at double speed as compared to Single that too easily.

Currently, there are many different Core Processors available in the market, such as –

The more Core the Processor the more successful it is. I can complete multitasking. 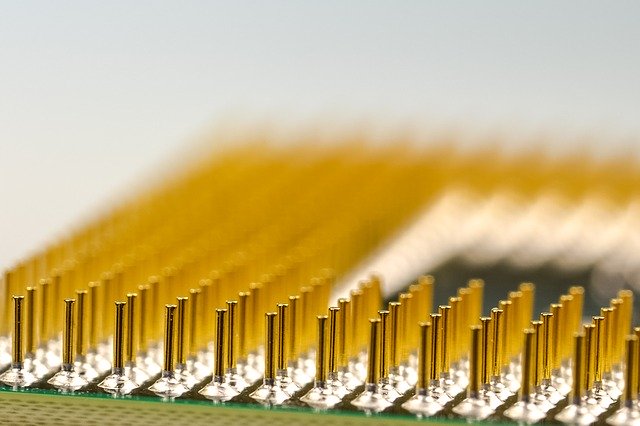 The design of the processor is much more complex than the common design, and they vary greatly from company to company, even one model is quite different from the other. Right now the processor of two companies like Intel and AMD is in great demand in the market.

These two companies are always engaged in trying to make how to improve the performance of the processor by using less space and energy. But despite having so many architectural differences, it mainly has to go through four processes, and only then can they process the instructions. These four processes are fetched, decode, execute and write-back. Now I will tell you about all these processes.

Fetch as if it means bringing something. Here the Processor retrieves the core instructions that remain in waiting in memory. But in today’s Modern Processor, usually, those instructions are already waiting in its Cache. There is an area in it that is called Program Counter which acts as a bookmark, informing it about where the last instruction ended and where the next one started.

Once the instruction Fetch is done then the next process is to decode it. There are many areas of a processor core in an instruction such as arithmetic and which it has to recognize. There is also something in each part called Opcode which tells it what to do by using that instruction. Once it recognizes what he has to do, then he does all the things on his own.

also, read – What is File System and how many types are there?

In this step, the Processor knows what he has to do, and he actually makes him executive. What actually happens here depends on what area comes in use and what information is put into it. For instance, the Processor utilizes ALU to play out a number of juggling activities. It is believed that this operation takes place within ALU. This unit is connected to other inputs and outputs so that it can simplify its work and finally give us our results at the right time.

This step can also be called, as its name is, its work is also the same, which places the result of all the three previously done tasks in the memory in memory. To find out where the output has gone in the shape it depends on which time the application is running. This entire process is called Instruction Cycle. As we are progressing, we are also having better processors which are very fast and powerful. 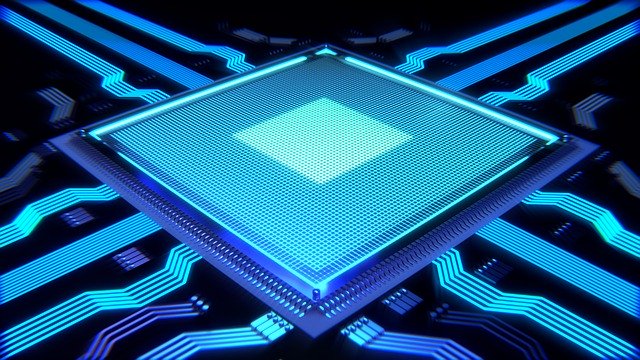 also, read – What are the types of computers?

I truly trust that you have get all complete data about what is Processor and how it functions. After reading this, share this data in your neighborhood, family members, and companions so that there will be mindfulness among us and it will benefit everyone. It has consistently been my undertaking that I generally help my perusers or perusers from all sides, on the off chance that you individuals have any uncertainty of any sort, at that point you can ask me irresponsibly.

Digital Namanji
Hello friends, I am Naman, Technical Author & Founder of Digitalnamanji. I enjoy learning things related to new technology and teaching others. I request you that you keep supporting us in this way and we will continue to provide new information for you.
RELATED ARTICLES
Technology

How to earn money from tiktok 2022? Watch video

Freelancing: A Guide to Working from Home

Tecno Camon 19 Neo to be launched in India soon, will get great specifications

iQOO’s first 200W fast charging phone will be launched on July 19, know what is the specialty

Such an offer for the first time, can bring home Apple’s happy iPhone at a very low price

Galaxy M13 series will be launched in India on July 12, the price will be less than 15 thousand