Like we understood in the earlier article what are BS4 Engines? Whereas today’s article is based on the later version of BS4 which is BS6. At the same time, before going into more details about BS6 or Bharat Stage 6 norms, let’s consider some basics. The Bharat Stage Emissions Standards (BSES) is the full form of BSES, it was introduced in the year 2000.

This is a type of automotive emissions standards that have been mandated by the Government of India to check air pollutants. By the way, you probably know that these air pollutants are produced from the internal combustion engine of the vehicle.

All these standards are set by the Central Pollution Control Board, which comes under the Ministry of Environment and Climate Change. If you also want to know about BS6 Engine, then you will have to read this article completely. Then let us get a little information about BS6 Engines. 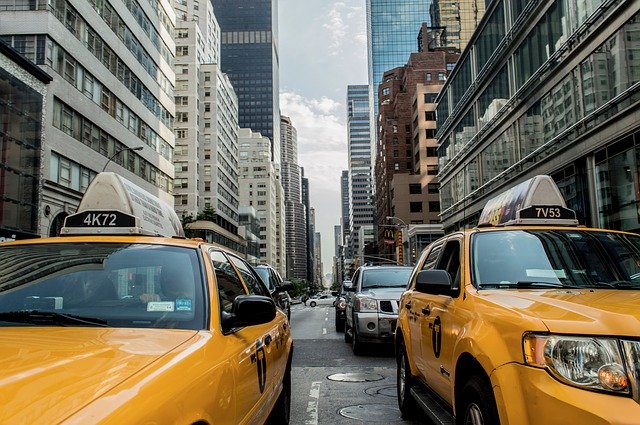 These BS (Bharat Stage) norms are all based on EURO (European) emissions standards. “India 2000” was rolled out in 2000, followed by BS2 and BS3 in 2001 and 2005. At the same time, the biggest and successful BS norm in this was BS4 (4th stage) (BSIV), because it was implemented with full vigor across the country. At the same time, its emissions mandate was also enforced.

Not only this, in 2016, the Government of India determined that they will completely remove the BS5 norm in the coming time and in the year 2020 Bharat Stage 6 (BS 6) will be implemented in the entire country.

UPDATE [October 2018] Speaking of now, it has come to light that the Supreme Court has decided that now BS4 vehicles can no longer be sold since March 2020 when BS6 is implemented.

also, read – What is the full form of ATM?

Bharat Stage NomsBharat Stage 6 (BSVI) is the standard sixth mandate of vehicular emissions and it is going to be a very good chance against the rising air pollution.

What is Fastag and how to activate

BS 6 will be a more strict, more restrictive norm that will give India a very good start against air pollution. Not only this, after the implementation of BS 6 norms, India will also come to the same place where the US and European emissions norms are at present.

Update: – [April 2019] Chairman R.C. of Maruti Suzuki India Ltd (MSIL). Bhargava has announced that it will cease production of all diesel cars in its company since 2020.


What is the difference between BS6 and BS4?

Now let us know how BS6 is different than BS4. Now we will know about the difference between these two.

1. Fuel will be changed from this BS6 norm because BS6 fuel is required in BS6 compliant engine. You cannot use BS4 fuel in a BS6 vehicle as it will be against BS6 norms. Indian oil organizations have just begun dispersing BS6-grade Petrol and Diesel.

2. One big difference between BS6 and BS4 fuel is that it has 5 times fewer sulfur traces (10 parts per million) in BS6 fuel compared to BS4 (50 ppm). The

NOx (Nitrogen Oxide) level will also be reduced significantly in BS6 fuel, which will be around 70% less in the Diesel engine, while it will be 25% less in Petrol Engines.

3. The BS6 has brought a lot of changes, one of which is that it is mandatory OBD (Onboard Diagnostics) for all vehicles.

4. RDE (Real Driving Emission) will be introduced for the first time, which will measure the emission of the vehicle against the simulated conditions in real-world conditions.


What are the main challenges facing BS6?

Although it is going to be a very good decision for consumers, for car manufacturers, this task is not so easy.

With the gradual phase-out of BS4 and simultaneous introduction of BS6, automakers have been busy making only BS6 compliant vehicles throughout the day. Not only this, due to this non-compliancy, the Diesel engine has also received a big blow due to the decline in their sales. Which is an all-time low?

Update automobile manufacturers will have to get rid of their BS4 stock as soon as possible before April 2010 because the Supreme Court has prohibited the sale of any BS4 vehicles in India after April 2020.

Crores of rupees have been invested in making BS6 Fuel Compatible Engines in its technology, research, and development. At the same time, with the BS6 upgrade, their manufacturing cost has seen a great increase, which can lead to an increase of about 10% -15% in the prices of cars.

This question must have come in the minds of many that whether they can use BS6 Fuel in their BS4 engine vehicle or not? Will BS6 fuel damage your BS4 car? The answer is yes and no.

If you drive a petrol-powered car, then you don’t have to worry. There is very little difference between BS4 petrol and BS6 petrol in terms of their chemical composition. Therefore, this is not a big concern for Petrol car owners.

This is not the case with diesel. This is because a higher quantity of Sulfur traces (50 ppm) are found in BS4 diesel, while only 10 ppm Sulfur in BS6 diesel. By the way, it is very good for the environment.


Now the question arises, why is Sulfur so important?

The answer is that a diesel engine depends on its injector to ionize the fuel (fuel) so that it can become combustible. Sulfur in Diesel Cars acts as a lubricant for the diesel injector.

At the same time, if the BS6 diesel is used in a BS4 car, then it will spoil the injector completely, that too prematurely because of low sulfur. At the same time, it can also increase emissions due to changes in the flow pattern of the fuel.

Update: – [April 2019] Ministry of Petroleum and Natural Gas has officially announced that they will first make BS6 fuel available in Delhi NCR (Gurugram, Noida, Ghaziabad, Faridabad) by April 2019. Then later in all metros and cities.

Let us now know whether BS4 fuel can be used in BS6 Cars or not? Will the use of BS4 fuel in the BS6 car spoil the car?

If all these questions are also coming in your mind, then let’s understand the answer. Like I have already said that there will not be any problem with Petrol trains due to not much difference between BS4 and BS6 petrol.

But for diesel-powered cars, which if they use BS4 fuel in their BS6 vehicle then they may have a lot of expenses. BS6 diesel engines use very sophisticated electronics and a re-developed exhaust system.

While the BS6 Engines now include DPF (Diesel Particulate Filter) and SCR (Selective Catalytic Reduction), the BS4 diesel which has a very high amount of sulfur content will give drastically larger emissions (because of increased sulfur ppm). Karan) so that it will gradually become a diesel particulate filter block. Which will have a dangerous effect on the fuel economy of diesel cars.


Will BS4 Cars Be Banned?

On this, the court has issued an ultimatum that all car manufacturers must clear all their old stock BS4 vehicles before the deadline. At the same time, the court has made it clear that no extension will be provided to any car companies for the clearance of their old BS4 car stock.

Update [August 2019]: – Finance Minister; Smt Nirmala Saitharaman has reported that the purchase of BS4 cars will be kept operational only till March 2020, till the entire process of registration is over.


Should you get a new car now or wait for BS6?

Now with the recent fall in the prices of cars, everyone is thinking of getting new cars right now. But now it is very important to decide whether to get a new car or wait for BS6.

By the way, when talking about the price, it is quite good but there is a very big reason which we cannot ignore is the BS6 emission norm. This is the big reason that many potential buyers are still facing I am stopping buying a car.

Most buyers are holding only until April 2020 when BS6 will be rolled out. At the same time, the future of diesel cars seems to be dark in India. In such a situation, many big carmakers such as Maruti Suzuki, VW, and Tata are again busy emptying their diesel inventory.

Now the question arises that should you buy a car now or wait for BS6? In response to this, if you are going to buy a Petrol Car, then you can feel free to buy it because there is almost no difference between BS4 petrol and BS6 petrol.

But this is not the same in favor of Diesel Cars. Because with the upcoming BS6 upgrade, you can get a big price jump for more than Rs.1,00,000 for a BS6 diesel car.

While talking about the price of a BS6 petrol car, then it is going to be only from Rs.40,000 to Rs.50,000. In such a situation, if you believe me, you can definitely leave the Diesel Engine, because the difference in the price is so high.

Now finally the question arises whether it would be right to buy a Diesel Car in the present time?

The answer is yes, if you want to buy a car cheaply, then Diesel Car is a better option. Whereas if you want to wait for some time for cars with BS6 Engine, then you can get those new features but it will definitely increase in price.

Let us now know which such cars are presently available in Mezhud cars in India, so they are counted in the top BS6 cars.

I hope you have liked this article of mine BS-6 (What is BS6). It has always been my endeavor to provide complete information about the BS6 Engine so that there is no need to search in the context of that article on any other site or the internet.

This will likewise spare their time and they will likewise get all the data in a single spot. On the off chance that you have any questions about this article or you need that there ought to be some improvement in it, at that point for this you can record remarks.

Huge cut in the price of Oppo Reno 7, smartphone became cheaper by Rs 3000

Government is preparing to have only one charger for all devices like smartphones, tabs

Digital Namanji - August 15, 2022 1
Computer memory is an important factor in the overall performance of a system. There are many important aspects of a computer, from the processor...